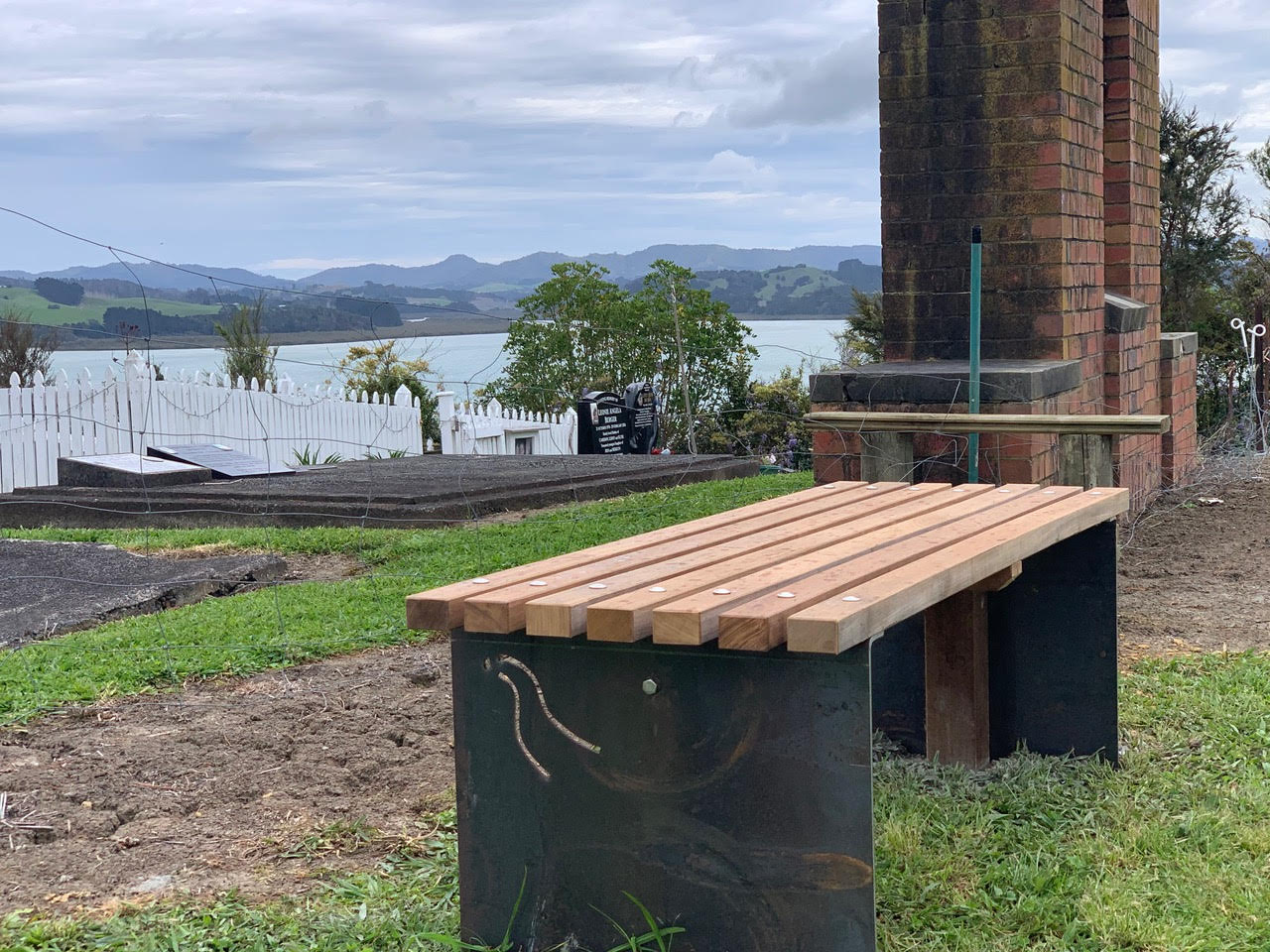 The committee of MERRA have organised the installation of the first in a series of seats to be installed at key vantage points on the peninsular. Each seat provides a resting place to view sights and sites of historical interest. The first seat, at the cemetery and former church (note the picture shows the remaining belfry, built in 1948, which stode alone from the church), has been installed by a working bee headed by seat builder and organiser Stuart Windross. The design was by Alan Seelye and Jude Nye, with timber supplied by Malcolm and Jenny Scott.

The seat was made possible by the generous donation of Stephanie Allison (formerly Stephanie Abbott), whose first husband, Tim Abbott, lies at rest in the cemetery. The Abbotts lived in Scotts Landing and Stephanie holds a strong relationship with the area – see the attached for Stephanie’s recollections of her family’s time on the peninsular in the 1980’s.

Each seat will have a QR code embedded in it and that code will link to an illustrated story of days long past in the areas that can be surveyed from that spot.

To give prospective walkers/viewers a taste, here is the link to what can be viewed from the cemetery seat.

Plans are in place for a total of six seats in the series, each with their own stories.