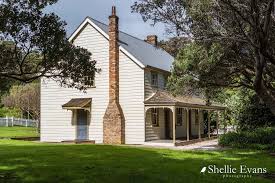 MERRA recently received additional information from Auckland Council Heritage researcher Marguerite Hill about Scott House and also a fascinating videography by Claire Cowan – 2011 Artist in Residence at Scott House.
The Heritage information and videography are shared below for your enjoyment.

Scott Homestead is one of the oldest buildings in the Mahurangi Harbour and helps us understand the timber, saw milling and boat building industries which flourished there in the nineteenth century. Thomas Scott, a ship builder, purchased the land in 1852, establishing his business there and opening an inn. The inn, known as the Richmond Arms, burnt down in the early 1870s.

Scott Homestead was built in 1877 by his son, also called Thomas. By 1881, the family was running it as an accommodation house, used by summer visitors drawn to the Waiwera hot springs and Mahurangi regatta. The Scott family used the homestead as a holiday house until 1971, when it was purchased by Auckland Regional Authority, who were establishing Mahurangi Regional Park. The homestead was in a dilapidated state and it was at risk of demolition.

Instead, the homestead was leased to the Auckland Civic Trust from 1972-1991, whose volunteers spent many hours restoring the exterior of the house.

As well as the homestead, which is scheduled as historic heritage under the Auckland Unitary Plan, there are also notable trees on site, particularly Macrocarpa.

In 2011 Claire Cowan, Auckland Council Artist in Residence, lived in the homestead and recorded an album there. You can watch a video about this below.