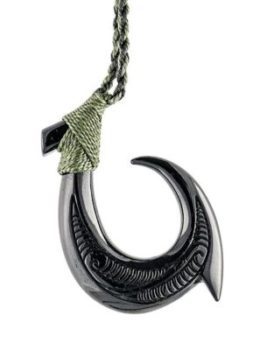 Māori first occupied our land and there are widespread defensive ditches, pa sites and kumara pits to be found on most of the headlands around the harbour. The South Eastern headland Tairoa/Sadler Point was the site of a very large pā. Manganui/Casnell Island and the headland now known as Burton Wells Scenic reserve were also pā. The NZ Archaeological Association documentation states that the Burton Wells site is:

‘a fine example of a ring-ditch pā. Some of the area around the pā shows signs of terracing … [This] suggests that the outer areas of the headland were used for living and the pā used as a defensive retreat if the occupants of the headland were threatened by attack. Other signs of occupation are the middens. These are visible as scatterings of shell in blackened or charcoal stained earth.’

Other kumara pits and defensive ditches have been found between Scott point and Burton Wells suggesting a significant settlement.

Original exploration of the area was by the crews of the waka Tainui and Te Arawa coming from the South after making landfall at East Cape and Te Moekākari which made landfall near Pākiri coming from the North. Early tribes in the area were probably descendants of these initial settlers and most hapu claim descent from multiple waka suggesting mobility and interaction among these early settlers.

There are conflicting views as to the earliest inhabitants of our area some see the Ngaoho, others see Te Kawerau and Ngāti Rongo as original settlers. Over time new people moved into the area and groups coalesced. The history is largely oral and complex and this is reflected by multiple claims and overlapping rohe or tribal areas of influence suggesting that the rich natural resources were often fought over. The river was resource rich for summer fishing particularly for Pioke or Lemon fish. These small sharks were collected in huge numbers and dried for later use. Kumara were also grown and Karaka planted for berries harvested and treated during the shark fishing season. The Māori history of early occupation is becoming clearer but of particular importance to our history are the Te Kawerau people.

Te Kawerau were here when chief Maki brought a group of Ngāti Awa from Taranaki. Through invasion, alliance and intermarriage Maki brought relative stability to the area. His pā was at Te Korotangi above Te Muri at the southern entrance to the harbour and his descendants came to dominate the Mahurangi. After his death a series of skirmishes with Ngāti Whātua followed and the original Te Kawerau were largely displaced to the Waitakere ranges.  The descendants of Maki forged new relationships with Ngāti Whātua through alliances and diplomatic marriages. These people then dominated our area as Ngāti Awa, Ngāti Kahu, Ngāti Manuhiri, Ngāti Rehua, Ngāti Rongo, Ngāti Tahuhu, Ngāti Wai, Te Kawerau a Maki, and Te Taou, a group collectively known as the Kawerau Alliance. During the late 1700’s the Kawerau Alliance came under constant pressure from the Hauraki based Ngāti Pāoa with raid after raid and a major battle around 1775.