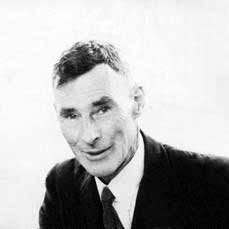 Who Was Burton Wells..?

Burton Wells was born in Auckland on 17 October 1886. About 1912, Wells married Miss Louisa Morey (known as ‘Louie’). Over the succeeding years, they had four children … three daughters, one son.

Wells’ profession was that of surveyor. Though for much of his acareer he was based in Henderson, his work profile found him serving as a field officer. Much of his work was undertaken in North Auckland and on Gt Barrier Island.

During the course of his work, he had occasion to visit what is now known as the Scotts Landing Peninsula.

In about 1941, Wells obtained from the Education Department a long term lease over c.19-20 acres of land in the Schoolhouse Bay area. His objective was to use the land as a holiday retreat for his family.

The original Mahurangi Heads school house was still on the site, though the school itself had been closed down many years earlier. The abandoned premises had been left as if awaiting the conduct of the next lessons. Still in place were things like the desks, cupboards, the old school table, and pictures on the wall. One of the cupboards still housed the local library … “The Mahurangi Athenaeum”.

A short article in NZ Herald of 29 August 1886 records events at the annual meeting of subscribers to the Rodney Athenaeum, held in the schoolhouse at Mahurangi Heads.

The school’s two outdoor toilets also had remained in place.

The portion of the land where the old schoolhouse was sited covered about 11 acres, with the remainder comprising an area on the flats and that on the promontory.

It is interesting to compare that present day map excerpt with the corresponding portion of portion of William Denham’s survey map completed in 1852, for the Provincial Government. The latter map shows both the promontory and Lot 62 (very broadly, the portion of land represented by 7 Williams Street) as both being ‘Reserve’ areas.

[ At the time that Pa bought the land and the Reserve area was established ] there was no way to the Reserve except by sea, so to all … [intents] and purposes it was still part of our property.

Burton Wells died on 17 October 1955 (his birthday), but the property was retained by the family until about 1966, being after the death of Louisa.

The Schoolhouse in Pictures

There was a steep clay drive tracking down from Ridge Road to the old schoolhouse. In his book ‘Jade River’, historian R M Locker records that the school had opened in 1861, under the Presbyterian influence of Reverend McDonald as superintendent, but with the original Mahurangi Heads teacher (Peter Greenhill) as the schoolmaster. Locker notes that Greenhill was to serve in this capacity for a further 23 years, and that his replacement (in 1886) only arose because of Greenhill’s level of deafness. Locker adds that subsequently, the appointed teacher taught three days a week at Schoolhouse Bay, and another three days at the Mahurangi West School (which he reached by rowboat).

The picture below was taken in 1966, and shows a bach that was built on a site near the beach, on a portion of the property that adjoined the Reserve. Mrs Judith Findlay, Burton’s granddaughter, has told us some of the background to the building and occupation of this bach.

It was erected by Mr Luan Bridson (who was known as ‘Lu’). Though the bach became his home, Lu never acquired any ownership in any part of the Wells’ property. Lu had been a member of the survey staff at the Henderson depot where Wells was based. Over the years, Wells had befriended him, and initially let Lu occupy one of the army huts that Wells had placed on the property. Sometime later, Wells invited him to instead use his building skills and erect a bach for himself on that flat area of land by the beach. Lu duly constructed the dwelling, and over time developed extensive vegetable gardens near the bach. It seems he often used to give vegetables to the neighbours. Derek Light tells us that Luan was a capable water diviner.

Sometime in the late 1960s / early 1970s, Wells’ 17 year old grandson found Lu dead, lying on the floor of the bach. Though police were called in, no suspicious circumstances were established.

A document in MERRA’s possession, which is dated 3 August 1992, and is addressed to a person representing the Warkworth Museum, records:

The old Mahurangi School House, built in 1879 (?) is located on a property immediately to the south of Burton Wells Reserve … The property owned by Mr Lucas has been purchased by a client, Mr Y Sakurada … Mr Sakurada has offered the old building free for removal …

A notation on the letter records that during 1992/93, the WW Museum moved the schoolhouse off the property, piecemeal.